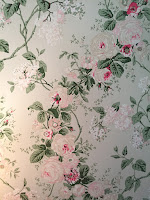 We saw plenty of houses with tired kitchens and cheap windows. We toured one house with a minimally outfitted kitchen but four giant bedrooms and seven full bathrooms. We visited an American-flag-flying Republicans’ house, with a sign to the Elephants’ Path through the garden. It was another somewhat neglected house with an immaculate barn where we realized we had already seen the house we wanted to make an offer on. My husband and our good-humored real estate agent and I stood on the circular driveway of this house owned by nice people who were out in the barn, neglecting their downspouts and grout but taking exemplary care of their horses while we somewhat guiltily plotted to make an offer to Mrs. Gardenwinkle.

Mrs. Gardenwinkle countered, and we countered again. Finally, she came back with the amount the Bacon Provider expected her to sell for in the first place, and we had a deal. The next question was could we close by the 15th. Somehow there was yes after yes. 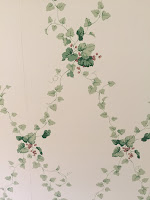 The inspection was a long day. The house is 30-ish years old, and many of the systems of a house (AC, windows, boiler, well, water heater, roof) have a 30 year lifespan. Every house I looked at had the same boiler, it seemed, in house after house. The septic guys showed up to test the septic system. There was a lot of digging and standing around. I wrote checks.

We hired a real estate attorney because that’s what people do here. We have also bought and sold houses in other places, and there are regional differences regarding the closings. On the west coast, papers get signed and exchanged and you might not even meet the sellers. In Vermont, you hire lawyers and have a formal closing, in a conference room, with the title company, a banker, your lawyers, their lawyer, buyers and sellers all in attendance. Since that was our first house purchase, in Vermont, way back in the late 80s, it seemed strange and intimidating but normal. Strange in that adulthood was mysterious to us then, and normal in that we’d never bought a house before so whatever these people said was the regular thing to do became the regular thing to do. At that first closing, one of the heirs to the estate complained about the wilted flowers on the coffee table. “Get these out of here,” she said. And added, by way of explanation, “I can’t STAND dead flowers.”

As I recall they weren’t really even very dead, just a little wilted, and a bewildered bank employee did the honors, after having the vase thrust upon her. 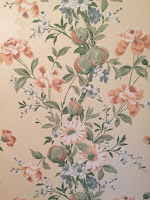 Our New York closing was held at the office of our attorney, in the upstairs of a Victorian house on a neat street in the shady village of Mount K., in Westchester. We arrived after the real estate agents, Mrs. Gardenwinkle and her son, who was there to act as her attorney, but before the representative of the title company arrived. Mrs. Gardenwinkle recommended having a son grow up to be an attorney.  Mrs. Gardenwinkle's son rolled his eyes. I did not allow myself to be distracted by the thought of any of my children going to law school.

Our attorney’s conference room was cozy and prettily lit, with red walls and a collection of distractingly gorgeous 20th century design posters, and between those posters and his dogs wrestling at my feet most of the time we were there, I didn't have much of an idea what was happening. Everyone knew everyone else, and spoke at length of mutual acquaintances, sailing, pending legislation, golf, and local board planning commission gossip. The title company representative breezed in at last, with long decorated nails and blow-dried straight hair, an animal print blouse and cleavage, injecting a bit of The Other Westchester into this bland, white crowd. My husband signed some things, and passed them to me, and I signed them and passed them to the title company representative. I produced the Big Bank Check I’d had prepared in advance, and wrote some more checks.

Mrs. Gardenwinkle, who celebrated her birthday the week before, is exactly my mother’s age. She passed the last set of keys across the table, and reminded me that I have her cell phone number in case I have any questions. I realized without fanfare that we owned a house again, after four years of waiting. 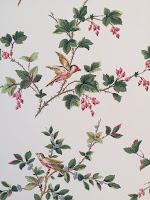 On the way out, we all shuffled, still chatting with the satisfaction of the happy closing of a deal, through the attorney’s assistant’s office and descending the narrow stairs to the small, gravel parking lot. Our cars were a mix of Volvos and BMWs. Mrs. Gardenwinkle was parked next to me, and she told me that she had owned the same model car as my beloved wagon, but had recently switched to the sedan instead, which she regretted.  We pulled out of the lot last, and drove directly to the new house.

On the counter, Mrs. Gardenwinkle had left us a list of all her utilities, the numbers for her housekeeper and her yard guy and a large folder, with contracts from the alarm company, roofers, trash collectors, AC service companies and all the rest. She even included the plant tags from her roses, with photographs of them each in bloom. My mother never grew roses, but if she did, she would have kept a carefully organized file, documenting their needs and accomplishments, and given this information to their next caretaker. I wonder if she would have agreed with me that Mrs. Gardenwinkle shared her mother’s taste in wallpaper.
Posted by Hamster Relish at 4:26 PM