An Account of our Adventure in the Snow Storm, 29 October 2011 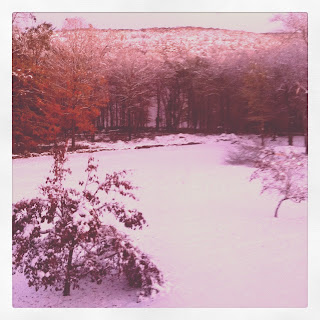 We left the barn about 12:30, stopping for lunch and gas. I remarked that the gas station was full at every pump, but it seemed like a Saturday-thing, not a storm-thing. I suggested we stop at a grocery store on the way home since they are few and far between out here. Later, I would catch a lot of grief for making this stop. When we emerged from the store it was snowing hard, and we drove home on unplowed highways.

Posted by Hamster Relish at 6:00 AM