What I saw: "Hungry (Play 1 of 3 The Gabriels: Election Year in the Life of One Family)" at the Public Theater, at 425 Lafayette St in NYC, west of the East Village, East of NYU, south of Union Square, North of Houston St 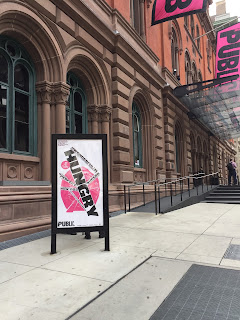 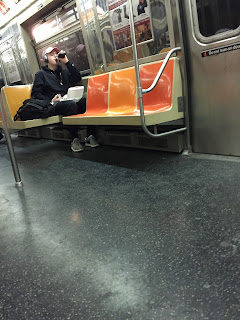 I am getting really good at getting on the wrong subway #NYC
— Hamster d'Relish (@hamsterRelish) March 23, 2016


What I did beforehand: rode a horse, drove to the city, ate a bagel, walked to the subway squinting the whole way because I left my sunglasses in the apartment, rode the wrong subway with a guy eating stinky, used the spacious and welcoming bathroom at the theater 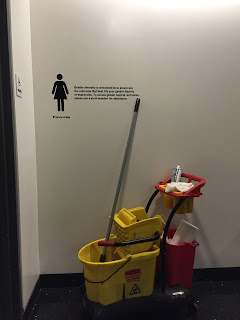 Who went with me: my readers

How I got tickets: online, $10 off because I allow some theater companies to send me spam

Why I saw this show: family drama, politics and set in Rhinebeck? Pick me!

Where I sat: near the desk in the kitchen, front row 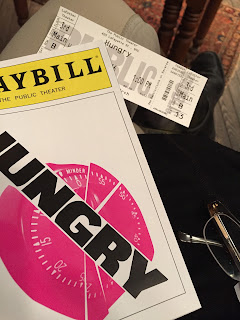 Things that were sad: characters in this play express their grief about a recent death

Things that were funny: families are funny, good writing about how families talk in their kitchens is funny

Things that were not funny: many working class people today are not doing better, despite the news that economy has improved.

What it is: first of a three part play, set March 4, 2016, about the very real economic struggles of various family members in an election year, with cooking. Better than "The Humans." Parts 2 and 3 to open in September and then November.

Who should see it: everyone

What I saw on the way home: a guy on the subway with a bag of chihuahuas 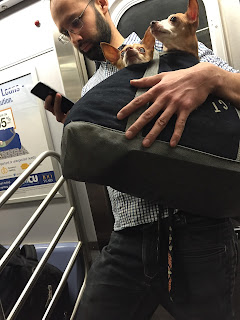 Posted by Hamster Relish at 1:38 PM